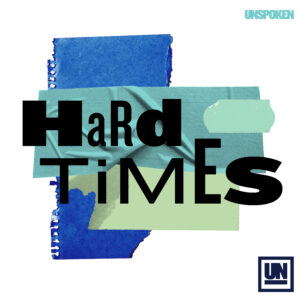 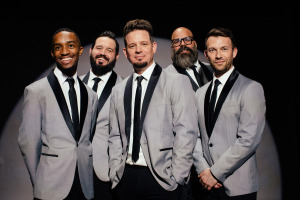 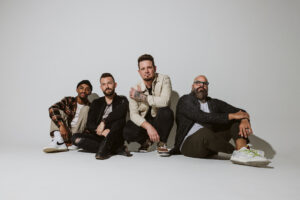 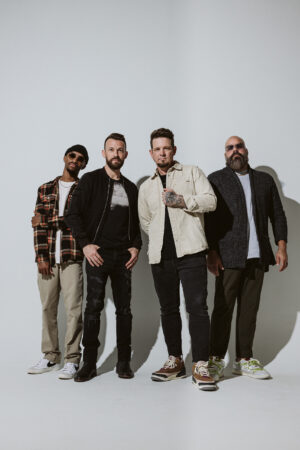 “Someone told me once that great songs come out of hard times…” Unspoken lead singer Chad Mattson reflects.

He and his bandmates have their new album Reason to prove that testament is true. But there were certainly points when they wished it wasn’t.

Fifteen years into their journey as a band, Unspoken stood with three albums and armfuls of songs—many of which had made big impact in and beyond the church – in their basket of experience. They had toured the country, performed in arenas, written chart-topping hits, connected with fans around the globe, lived out their ministry and shared the Gospel…

Because while all of those experiences are full of highlights and joy, they don’t come without a grind, without insecurities, without challenges, doubts, restless nights.  The Unspoken crew found themselves facing personal and group trials too heavy to deny. The kind of heavy that leaves you with a lot of questions, the most pressing of which is often How can I get through this?

“Leading up to this record has been absolutely the hardest time of my adult life,” Mattson describes of life off the stage. His wife began battling fierce anxiety and depression, and their family was encountering trauma together like they never had before. “I almost left the band,” he says. “We were out on big tours, but while all that’s happening my family is falling apart.”

The band faced their own hardships, such as navigating the ups and downs of the music industry, working on their relationships with one another, and adjusting to changes in the band. So how do you turn trials into songs? You don’t run away.

Unspoken faced their challenges. They dealt with the pain by turning to God, even when they didn’t understand or like it. And now, with Reason, they’re being honest about where they’ve been. Vulnerably, honestly, Unspoken is testifying what they found in the thick of the battle– and what listeners will find on this album: Hope.

“Writing for this record, we sat down and asked, ‘What do we need to hear ourselves?’” Mattson says. “Sometimes you write songs just based on what sounds good, but we talked ourselves away from doing that. This record is really about transparency, just letting people in to what we were going through. And those are the songs that were written.”

But before they could even think about producing an album, they had to endure.

“I knew what helplessness was like, but I hadn’t experienced it again until this season,” Mattson mentions, noting back to his experience almost 20 years ago fighting a drug addiction. Finding a relationship with Jesus got him through that struggle. It also prompted the beginning of Unspoken as a band. Mattson had seen God’s grace and redemption firsthand. But in this new season, the well seemed dry.

“There we are passionately pleading with God, yet it seems like He’s not there in the ways we think He should be or in the time we think He should. And we feel like we’re doing the right things– we’re reading the Bible, we’re praying…but find ourselves asking ‘When is God going to show up?’”

The album’s lead single and title track “Reason” connects with that feeling right off the bat, with the first lyric “This year’s felt like four seasons of winter.” Mattson remembers it far too well. Then he remembers finally finding the sun had been there all along.

“This song is about how we don’t need a specific new sign from God, because we have the cross. All we have to do is remember the resurrection and the love of God for each and every one of us. That’s reason enough to continue to believe. That’s reason enough to trust in situations where we don’t think there’s any hope whatsoever. We’ve been given the victory. It’s about walking in that truth.”

He and his family persisted. They became more intentional about observing God’s presence in their lives.

“It’s a gift to recognize our need for God. To need is a wonderful thing. It sometimes doesn’t feel good, but it is wonderful. When Jesus preached the Sermon on the Mount, he teaches us how to pray, for daily bread. I realized so often all of our prayers had to do with tomorrow. But where Jesus is coming from is about the moment we’re given right now. Matthew 6 tells how He takes care of us– more than the birds, the flowers…”

With this in mind, Mattson recalls the time he woke up at 2 am and, while watching old southern gospel music videos, felt stirred by God’s provisions and began writing lyrics for “You’ve Always Been,” a soulful declaration of God’s constant, dependable presence.

“One day we were sitting in the kitchen and we just start listing off all of the ways God has shown up in our lives. And it was a 15-minute conversation of “He’s done this, He’s done this…” and now we do this often in our house to remind us that He’s with us. Everything we’ve needed, everything we’ve really needed, God has been for us.

The ultimate need being, of course, His love. It’s a love that is offered to us freely and forever, yet we often find ourselves looking for other measures of success. Mattson talks about how comparing his life with others’ achievements brought out fierce insecurities—especially in the music industry where there is pressure “to create things people like, which rubs against the truth that we are loved for who we are, not what we do.” It led to one of the most relatable songs on the record, “Human Condition,” which notes our culture’s obsession with appearing perfect, whether through Instagram filters or fake smiles.

“It’s a conflict between spirit and flesh. ‘Human Condition’ is about feeling like you never measure up to the people around you. I was in this season of constant comparison, and I’m burning inside with a feeling of discontentment. I’m at turmoil with the fact that God’s not doing this or that in my life. The fact of the matter is I have a desire of me to want to be loved and accepted by people around me, and sometimes that takes the forefront more than it does just to be loved and accepted by God. We have to switch that focus and understand who you are in Christ and let that empower you.”

That’s tough fully grasp in seasons of turmoil, when shame tries to run the show. But Mattson, a father of three, has one more story that shows how Truth breaks through:

“While we’re dealing everything, up to our necks with these issues, I realized I was being so hard on one of my kids. One day I went up to him and I said ‘Hey, I’m proud of you. I love you. There’s nothing you can do to make me love you less. You’re doing great, and you’re a great kid.’ And as tell him this, I feel the Holy Spirit lean in and whisper, ‘You know I feel the same about you.’ There I was, feeling like a failure as a dad, a provider, unable to help my family in the ways I wanted…But the Lord is there, offering the same grace and love He always does.”

Holding onto that grace, Mattson, his family, and the band moved forward. They didn’t, and still don’t, pretend every hurt was instantly healed, but they let those feelings pour into the music. Beyond the lyrics, it led to some new sounds for the band, who are always looking to grow and push the envelope sonically. This time, they found gospel influences fusing with their classic soulful pop sound.

“The roots of soul music and gospel music is tribulation. It’s trials, it’s desperation. That’s why we all connect to music in some way, shape, or form. And those are exactly the themes and the ideas from the record. It only made sense we would want to be adding some of these elements,” Mattson describes.

With each rhythm, each note, there’s a story of where it came from, a marker of pain that can’t be undone, but, more importantly, has been redeemed. Maybe great songs come out of hard times because redemption comes out of hard times.