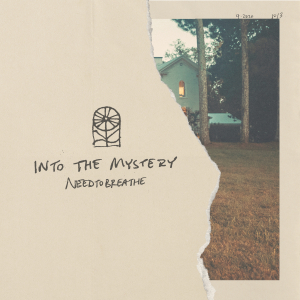 Creation happens in silence. Trees grow and forests spread without warning or so much as a sound. Eschewing any sort of announcement or pomp and circumstance, NEEDTOBREATHE quietly handcrafted their eighth full-length album, Into The Mystery [Elektra Records]. The GRAMMY® Award-nominated multiplatinum quintet—Bear Rinehart [vocals, guitar], Seth Bolt [bass, vocals], Josh Lovelace [keys, vocals], Randall Harris [drums], and Tyler Burkum [guitar]—stole away to an old historic house in Columbia, TN where they lived together, ate together, laughed together, and recorded together for three weeks in the fall of 2020. They also filmed the whole thing for a documentary of the same name. It’s the kind of record that could only be made by a band who has been through it all and still has enough faith to keep encouraging one another.

Out of silence, the band’s collective heart beats louder than ever.

“Probably more than any other record of ours, it was a product of what was going on in the world and our environment,” observes Bear. “We didn’t second guess ourselves much or look over our shoulders. Even the spirit of the record was a result of the moment. You can hear everybody’s personality and imprint. It felt like we got this opportunity to make a record like a family.”

“Seth, Bear, Randall, and myself have been playing together for nearly a decade, Seth and Bear have been playing together for two decades, and Tyler immediately became a part of the family a few years ago,” agrees Josh. “We leaned on each other for what we needed. We all stretched muscles we haven’t stretched before or as much. When I think back on this season, I’m super proud of how everybody brought their very best to the table.”

Seth summed it up succinctly, “It’s a new beginning. It represents the possibilities of music and friendship. It’s a rebirth.”

They sowed the seeds for that rebirth with Out Of Body released mere weeks before their retreat. Upon arrival, it bowed in the Top 5 of three Billboard charts and reeled in acclaim from Billboard, People, Spin, Taste of Country, Southern Living, All Music, American Songwriter and more as they made the rounds with a standout performance on CBS This Saturday Morning. At the onset of the Global Pandemic earlier that year, Bear did what he does best—picked up a guitar and wrote songs. Without a timeline or a plan, he penned sixty tunes, sharing a song per day with his bandmates via email. As a result, Into The Mystery consisted of completely fresh material.

“Out of Body had some ideas my brother Bo worked on before we parted ways,” says Bear. “However, the way we finished that album gave us a lot of confidence, which poured into the new record. With the Pandemic, I didn’t feel like I was making the next record. That took some pressure off. I was just writing songs. Lyrically, there’s an element of trying to make sense of the world just like everybody else was and also being thankful for the time with my family, because it was the first time I had off the road.”

In September, the guys congregated in Columbia with co-producer and engineer Konrad Snyder. They holed up in a house typically reserved for weddings and functions and transformed it into a creative hive, brotherly hideaway, and extended summer camp.

“We dove in and said, ‘Okay, we’re not going to tell anyone. We’re just going to hit ‘send’ after we’re done’,” laughs Bear. “It was empowering, because we were all listening more intently. There was no bailout; we took responsibility for everything.”

“It was cool to watch a band that has been around for a long time connect like this,” adds Tyler. “It was physically, creatively, and mentally a safe space.”

“It was one of the most special batches of songs that had been written,” states Seth. “We walked into the room with a reverence for the music. We wanted to honestly convey the emotion of the songs without getting in the way. There was a tremendous amount of trust in the group and in the music.”

That comes through loud and clear in the first single and title track “Into The Mystery.” A hummable guitar lead entwines with strains of organ and a towering harmony as Bear beckons, “Follow me… into the mystery.”

“I was thinking about my parents and how I was going to parent my children,” reveals Bear. “I’m forty-yearsold, and I still want my folks’ approval. You never get over it. That idea weaves throughout the record. In the last year, I had a revelation where I was like, ‘Man, it’s time for you to stop being a son and start being a father’. I had to make the right choices for my kids. In the same way, we knew this music was going to look different with NEEDTOBREATHE co-producing and with me writing the way I did. It reflects confidence in ourselves.”

An ethereal hum slips into resounding piano on “I Wanna Remember.” Co-written with Jordan Reynolds and Parker Welling, it crystallizes nostalgia in a glorious refrain “about wanting to remember those late-night memories with your buddies in high school.” Over faint acoustic guitar and shuddering strings, Bear duets with Natalie Hemby of The Highwomen on the plaintive and poetic ballad “Don’t Throw All The Good Things Way.”

“I hate to see a relationship end,” he admits. “I’ve felt that several times in my life where I was like, ‘Man, is it really worth it for this to come to a close?’ I was thinking of the people I love—my brother being one of them. We’re such huge fans of Natalie. She was my first co-write when I moved to Nashville. I knew she would be trustworthy with the vulnerability of this song.”

“Sunshine” glows with a reminder “to take the time to celebrate.” After years of friendship, Jon Foreman of Switchfoot underwent a COVID test and took all of the necessary precautions to join the boys in the studio to cut “Carry Me,” which Bear describes as “a campfire song.”

“He was in the band for the day,” adds Bear. “It felt like we all fit together.”

Then, there’s “Sittin’ in the Back Seat (Undefeated).” The warm delivery and simmering beat underscore a sensation of youthful wonder as he sings out, “We were young, and we were undefeated.”

“My parents had this hatchback in the eighties,” he smiles. “I remember the feeling of lying in the back, looking up, and thinking, ‘Man could anything better?’ I was so present. It was similar to this record. When we were done, we’d go out to the bonfire, hang, out and talk. We didn’t have stress. It felt like it was going to be fine.”

Into The Mystery is the culmination of a lifelong journey. Since 1998, NEEDTOBREATHE have gathered one platinum single, four gold singles, and a gold album. Along the way, “Multiplied” notched their first GRAMMY® nomination. Simultaneously, they performed to sold out crowds at arenas and amphitheaters coast to coast. In addition to garnering two nods at the Billboard Music Awards, they’ve attracted acclaim from People, Rolling Stone, Forbes, and many more.

Now, NEEDTOBREATHE welcomes everyone to join the family. “When I think of NEEDTOBREATHE, I think of it as a band of brothers first,” Randall leaves off. “When I hear the music, I see my family.”

“For us to be in a band this long, still enjoy it, and make what we believe is the best record NEEDTOBREATHE has ever made, it comes down to resiliency,” Josh concludes. “We’re still hungry. We’re ready to take the next step. We also don’t have passive fans. They are living their lives to these songs. They’re resilient. We’re pretty honored and proud to carry these songs into a world that’s hurting right now. Maybe we could be a picture of hope that inspires someone else to keep going.”

Since 1998, NEEDTOBREATHE have quietly emerged as a dynamic force in rock music, topping the charts, selling out historic venues, and generating hundreds of millions of streams to date. The band have gathered one platinum single, four gold singles, and a gold album. Along the way, “Multiplied” notched their first GRAMMY® nomination. Simultaneously, they performed to sold out crowds at arenas and amphitheaters coast to coast. In addition to garnering two nods at the Billboard Music Awards, they’ve attracted acclaim from People, Rolling Stone, Forbes, and many more. In 2020, they sowed the seeds for rebirth with Out of Body. It bowed in the Top 5 of three Billboard charts and reeled in acclaim. Within weeks of its release, the quintet—Bear Rinehart [vocals, guitar], Seth Bolt [bass, vocals], Josh Lovelace [keys, vocals], Randall Harris [drums], and Tyler Burkum [guitar]—stole away to an old historic house in Columbia, TN where they lived together, ate together, laughed together, and recorded together for three weeks in the fall of 2020. They returned home with their eighth album and documentary Into The Mystery [ 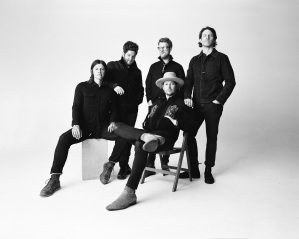 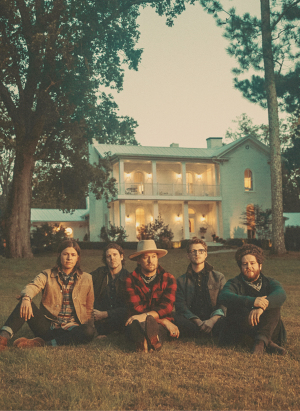