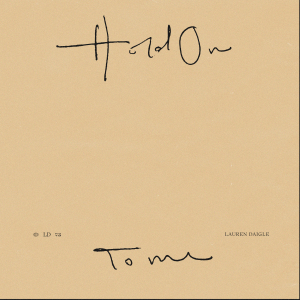 HOLD ON TO ME

It’s been said many times and many ways, but there’s no place like home…

A whirlwind three-year journey brought two-time GRAMMY® Award-nominated songstress Lauren Daigle right back to her native Louisiana in 2017. Jumpstarted by her platinum-certified 2015 full-length debut How Can It Be, the road twisted and turned at light speed.

By the end of this ride, she admittedly found herself “burnt out.”

“I left too many of the places I came from, in order to keep the machine going,” Daigle confesses. “I had to return to the beginning. I took most of 2017 off and went back to Louisiana. I was reminded why I love what I do. I got outside of the expectations and the pressure. I found the inner depth to say, ‘This is who I am. These are the truths I can hold onto and anchor myself to,’ and songs poured out of that place. I decided to go back to the basics.”

The sights and sounds of her birthplace stoked this energy. Cherishing memories of attending Lafayette’s Festival International every year throughout her childhood, she opened up to the gritty, organic, and handmade sounds associated with Louisiana’s legendary scene. Hitting the studio with frequent collaborators Jason Ingram and Paul Mabury behind the board, she commenced work on what would become her second full-length album, Look Up Child.

Stressing organic instrumentation, she incorporated live musicians and a string section to preserve the integrity of the sound. At the same time, she pushed her limits as a singer, inciting pure catharsis in bluesy vocal runs, shuddering soul, and raw lyricism. Everything would be real—nothing synthetic or manufactured. The sonics came to life in their purest form as did the lyrics.

“I long for that energy I get when I’m home,” she says. “Jason, Paul, and I stayed true to that. It meant I had to put blood, sweat, and tears into everything. You pay the price spiritually, emotionally, and physically—so everyone else can gain something. I wanted to be as exposed and honest as possible. When someone else is walking through one of their most vulnerable spaces, I can give them something to hold onto.”

Quite fittingly, the first single “You Say” underwent serious road testing and emerged as a fan favorite. Its sweeping orchestration resounds in tandem with her expansive delivery. Meanwhile, that voice reaches jaw-dropping heights backed by a choir.

“I went into the studio with all of these insecurities and realized for the first time in my career that things are changing—whether I like it or not,” she goes on. “The old is out. The new is in. It was a shock, because I didn’t think everything would happen so soon. I wrote ‘You Say’ first and out of that state. We started playing it every night, and the crowd would sing along even though it hadn’t been released. Because of that, it just had to be the first single.”

The title track “Look Up Child” encourages youthful whimsy with a soulful plea. Drawing on the innocence and purity of childhood, Lauren began carrying a Mr. Potato Head doll at the urging of a friend in order to “lighten the mood anywhere.”

“When friends get stuck in a rut where there’s no more passion and life is just work and pain, I show them my Mr. Potato Head,” she smiles. “It’s a reminder to look up, have that childhood faith, youthful feel, and not lose the passion. That’s the essence of the whole record. When you’re a child, you believe anything is possible. I want that.”

Elsewhere, “This Girl” brings her back to a trying period and offers an assuring “reminder that I can’t ever lose who I am.” A centerpiece of the tracklisting, “Rescue” stretches from sparse piano into a choir-backed refrain, “I will rescue you.” Meanwhile, the closer “Turn Your Eyes” concludes on a jazzy slow burn whose embers glimmer with charisma and charm.

In the end, Lauren went home and made her definitive album to date by giving every inch of who she is to each moment.

“Going into the record, I told the guys, ‘I want to sweat at the end of a show when I play the songs’,” she leaves off. “That means, I want to dance and move with the audience. I want fans to leave with a sense of hope, joy, and freedom they haven’t known. By reidentifying that joy in my own life, the sound is deeper than I ever imagined it could be. It’s about remembering what it’s like to be a child again and to look up and see the clouds, the sunset, and the stars. It’s about having hope once more. You can always come back to yourself. You can come back to the things you thought were lost. You can always come back to redemption.”    — Rick Florino, July 2018 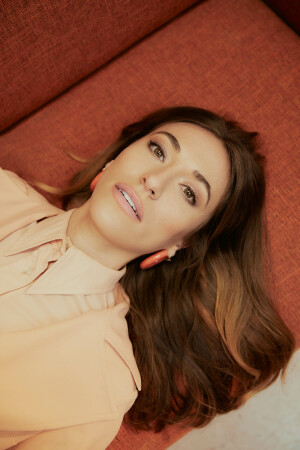 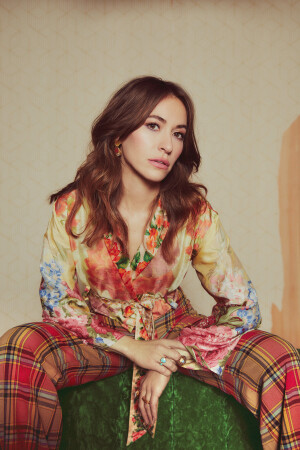 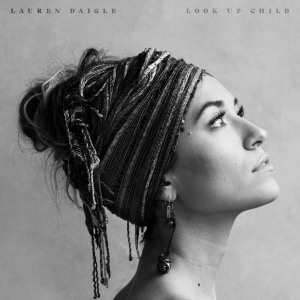 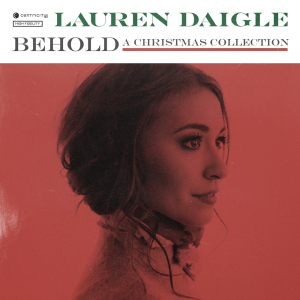 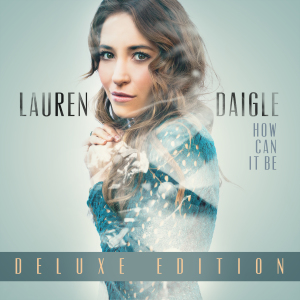