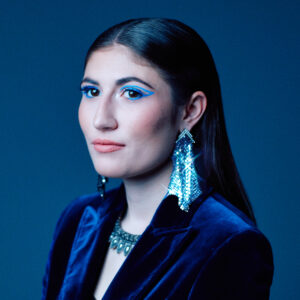 Featuring: In Jesus Name (God of Possible) & God Is In This Story (with Big Daddy Weave)

“If I had one thing that I could say to people, it’s that God is a God of healing.”

Singer/songwriter, and new Centricity Music signee, Katy Nichole doesn’t make this statement lightly. She’s experienced supernatural healing in her own life. And her unwavering belief in God’s ability to heal and the power of prayer have swiftly turned her into a viral sensation thanks to her debut single, “In Jesus Name (God of Possible),” now sound-tracking millions of personal stories on TikTok and Instagram. The song, however, finds its genesis in Katy’s own narrative—a story of suffering, hope, and prayers for healing.

Long before TikTok was even a social platform, Katy was singing in her church choir. By 14, she was writing songs and leading worship. “My earliest memories of feeling the Lord’s presence were when I was singing and when I had a song in my heart,” Katy recalls. “Singing has always been that place for me where I’m at my best—it’s the best feeling ever.”

Despite her natural gifting and obvious passion for the art form, Katy headed to college thinking she would pursue a profession in the medical field, content to allow music to remain a hobby. “Funny enough, after being certified as a medical assistant, doors started to close in that area; and they started to open in music. I began to think, OK, God, I think You see something different than what I wanted for my own life,” Katy says. “I think our desires are sometimes different than what God has planned for us. A lot of times, we’ll think it’s going to be a certain way, and then God’s like, ‘Nope, this story is going to look a little different.’”

Katy’s journey to a recording contract—one of those open doors—also looks different than most. Her relationship with both music and God is inextricably intertwined with her path to health and wholeness. “For three years, I was in excruciating pain every single day,” the budding artist reveals. “And no one could tell me why.”

Eventually diagnosed with scoliosis, Katy underwent surgery when she was 15 to straighten her spine. Yet, the debilitating pain persisted. “I was in so much pain that I couldn’t even get out of bed in the morning,” she confesses. To pass the time, Katy tried her hand at writing pop music on her ukulele—the first instrument she ever learned to play.

Upset over the persistent pain experienced post-surgery, the bedridden teen was sent into a mental and emotional spiral. “Depression just took over like a smoke cloud,” she shares. “At one point, I looked at a bottle of pills I was given, and I was like, ‘It would be that easy.’ But I remember picking it up, and I heard the voice of God say, ‘Hold on. I’m not done yet.’ Every time I would hit that low point, I would hear that same voice.”

At the advice of a new doctor, Katy went back in for an operation to essentially remove the metal rods and screws that had been placed in her back to correct her scoliosis. “I go into the second surgery, and I come out of it, and that smoke cloud was gone. I encountered the Lord in that moment,” Katy remembers. “When I got my X-rays after surgery, my spine was actually straighter than when the rods had been in it. So when I say that God can do miracles, I mean it, because I’ve seen it.”

Her condition has also emboldened her to be an advocate for others facing health challenges. She’s served as both an ambassador for the Shriners Hospitals for Children and as a volunteer for Musicians On Call. Her healing, following her second surgery, however, did more than simply give her empathy for others; it gave her a new direction for her music—and her life.

“I stopped writing pop music and started writing to the One who has inspired me,” Katy shares. “I realized my songs were way better when Jesus was included.”

At the invitation of Josh Havens, lead singer for The Afters, Katy began leading worship at The Grove in Phoenix, Arizona, where Havens serves as a Worship & Arts Pastor. Havens saw something in Katy she couldn’t even see in herself at the time. She began writing, recording and posting her music online, which eventually led to landing a label home at Centricity Music.

When Katy posted a chorus of one of her songs on TikTok, the world soon saw all of the potential Havens recognized early on. In just a few short months, the song had been heard more than 80 million times. The track was undoubtedly resonating with people of all ages at lightning speed. There was just one problem: The fragment she shared on TikTok was just a chorus, not a full song. So, she decided to call in reinforcements and flesh it out.

Together with Ethan Hulse, Jeff Pardo and David Spencer, Katy crafted what is now the complete version of “In Jesus Name (God of Possible),” an earnest prayer of healing and breakthrough she is humbled to sing over people. “I believe in the power of prayer. Everyone needs prayer, and there’s so much power in declaring that over someone,” she says of the chorus inspired by one of her multiple journal entries that proclaims, “I pray for your healing / That circumstances would change / I pray that the fear inside would flee / In Jesus name / I pray that a breakthrough would happen today / I pray miracles over your life in Jesus name.”

Penned in the midst of a global health crisis, “In Jesus Name (God of Possible)” continues to resonate with listeners; it’s connecting with a universal audience because everyone—regardless of their beliefs—is searching for healing and restoration in a weary, anxious and broken world.

“This song is one of the greatest gifts God could ever give me. I want to be a good, faithful servant to the Lord. I’m just grateful to be His vessel,” Katy says. “It’s a wild thing to see where this song started and where it is now. I’m so thankful for what God is doing. I am in awe of Him, truly.”

While her first single is a worshipful anthem ready-made for roomfuls of people to sing, it only reveals one facet of the multidimensional artist who’s crafting songs for her debut album.

It’s her story, however, that resounds as loud as the music itself. “There’s no story that doesn’t matter to God. Every story was written by Him, and He’s the greatest author of all time,” Katy declares. “I’m going to share my story and hope it will encourage others to go and share theirs.” 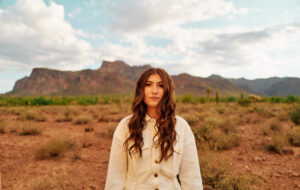 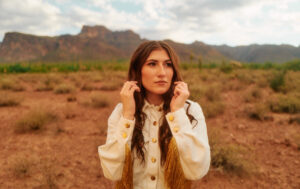 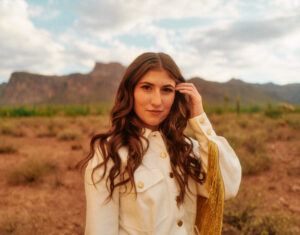 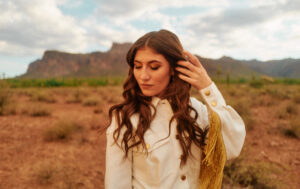 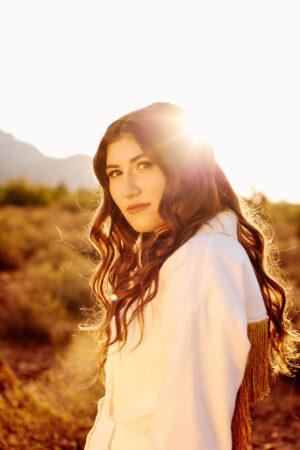 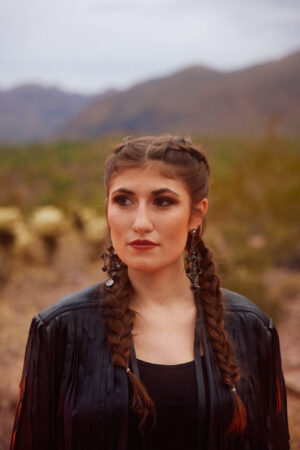 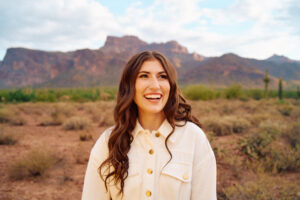