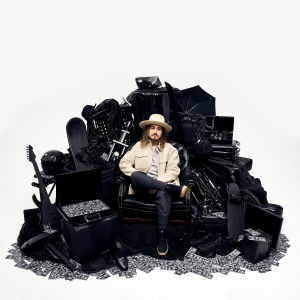 There’s a subtle shift that happens in an artist’s life when they start to achieve any amount of success. It’s almost imperceptible at first. Private life turns public. Empty calendars turn full. Rest turns obsolete. And the pressure heats up. Christian pop artist Jordan Feliz has experienced this firsthand. So much so, in fact, that Feliz was forced to pump the breaks. “I just kind of realized how much I was holding my career almost as an idol above God and above my family. I really lost myself,” the singer candidly admits. “All of a sudden, I hit a wall, and I kind of self-destructed.”

Prior to detonating the grenade, Feliz was on top—of everything. His first radio single, “The River”—the title track from his critically-acclaimed Centricity Music debut—became a smash hit. Spending an unprecedented 12 weeks at No. 1, the chart-topping single was named ASCAP’s “Christian Music Song of the Year” and garnered Feliz his first Gold certification. Each of his six subsequent radio singles has landed in the Top 10 with “Witness” notching a second No. 1 for the singer. In addition, Feliz has been nominated for five Dove Awards, taking home the trophy for 2016’s “New Artist of the Year.” He’s toured with some of the biggest names in Christian music, including TobyMac, for KING & COUNTRY, Matthew West, Michael W. Smith and Crowder, among others; and in a short time, he’s risen to headliner status. When his highly-anticipated sophomore LP, FUTURE, released in 2018, it debuted at the top of the Billboard Christian Albums chart.

Not only was his career on the fast track, but his personal life was rapidly changing, as well. Feliz and his wife, Jamie, welcomed their second child; and now, the father of two had to learn how to balance family and career on an even greater scale. The stress of it all was, simply, too much. Like anyone carrying the weight of the spotlight and the livelihoods of multiple families on his shoulders, he found himself on the brink of shutting down.

Success began to feel less like a blessing and more like a burden, bringing with it a spiral of anxiety and fear that resulted in Feliz experiencing the first panic attack of his life. “It’s like all your dreams kind of get handed to you, but there’s really no fulfillment in it, and I realized that it was because everything was out of alignment for me,” the singer reveals. “Nothing was in the right place in my heart or in my mind. I felt like I was letting a lot of people down.”

Once the singer began opening up to his family about his emotions, he was able to better assess the collateral damage and then take the necessary steps to prevent it from destroying him. “I realized the answer and the solution were right in front of me,” Feliz says. “It just took me saying, ‘Jesus, I need help. I can’t do this by myself.’”

Surrender gave way to what Feliz can only describe as a miracle as he invited God into his anxiety and allowed Him to realign His priorities. So it was with a renewed sense of identity and purpose that the hitmaker re-entered the studio to craft his third full-length project, Say It.

Ironically, he found himself at a loss for words. “Before we started working on new music, I started asking the Lord to give me something to say, and I felt like He just said, ‘Say everything that’s on your heart. Say everything that you’ve been through. Be as vulnerable as possible. Tell the world the thing that you’re terrified to tell the world,’” Feliz says. “I think sometimes the things you’re scared to bring to people are most likely the most impactful.”

So Feliz did the scary thing. He wrote from real life experience. He set his struggles to melody, and Say It became a testament to the way God had reached down and pulled him out of a difficult period. Although the previous season might have been shrouded in darkness and confusion, sonically, Say It is full of vibrant light and clear direction.

Co-produced by Feliz’s longtime collaborator Colby Wedgeworth and Jordan Mohilowski, his latest studio effort serves up a healthy blend of pop, Gospel and soul and offers some of Feliz’s most transparent lyrics to date.

“I don’t know if I’ve ever been as excited for a song as I am for this one,” Feliz says of the upbeat track. “Glorify means ‘praise and worship,’ but the sub-context of the word actually is to acknowledge and reveal the majesty and splendor of God by one’s actions. For me, coming out of this hard season of anxiety and stress and messed up priorities, now all I want my life to do is to glorify. I want to reveal the majesty of God by my actions.”

“Glorify” might be more proclamation than confession, but other tracks on Say It find Feliz mining personal gold. Perhaps nowhere is this more evident than on the poignant “Wounds,” which reveals the singer working through a past trauma. “Over the span of about a year, God was restoring me and making me new, and I realized that I hadn’t dealt with an old wound—something that I had been holding on to for a really long time,” he shares. “I’m realizing that it’s such a common thing to have a really, really deep cut on your heart that people don’t want to take to Jesus. It’s almost like we feel like God won’t love us if we do; but I believe in a God who, when we invite Him into those places, He will heal us. He will remove those things, and He will replace them with Himself.”

“When I Say My Prayers” also takes a vulnerable turn. Written in part about the miscarriage Feliz and his wife suffered before they had their daughter Jolie and son Judah, the song explores the universal sentiment of loss—something he had just experienced days before penning the cut, first with the unexpected death of his cousin and then with the passing of an aunt.

“The song is about losing someone you’re just not ready to part with yet,” he explains. “But yet, as believers, we know that we’re going to get to see our loved ones again; and here on earth, we have the gift of being able to talk to Jesus about it and say, ‘What’s heaven like? Will You take care of him? Will You take care of her for me?’”

Looking to the hope of heaven is a theme that appears throughout the new collection with celebratory opener “Jesus Is Coming Back” and beat-heavy “Another World” pointing to the fact that we’re born longing for a different home than the one we build on earth. “We were meant to thrive here, but we’re not meant to be here forever,” Feliz asserts. “It’s OK to feel out of place. It’s OK to feel like you’re not OK right now. It’s OK to have all those feelings, because we’re human, and we’re meant for heaven; we were created for that.”

While his eyes are set on things above, Feliz is also focused on the present moment and eager to proclaim the message God has given him. “I’ve worked harder for this record than I’ve worked for almost anything in my life,” he admits. “With these songs, I want to encourage people to talk more about the beauty and the miracles that God does in our lives when we invite Him into our struggles.”

Rest assured, Feliz is practicing what he preaches. He’s telling it like it is and giving God all the credit along the way. “I guess the reason why I’m telling people to go out there and say what God has done is because this record is all about what God has done in my life,” he offers. “But really, all that we need to say is this is all about Jesus, and if His name is not lifted up, then who needs us right now? Nobody needs these songs if they’re not about Jesus.” 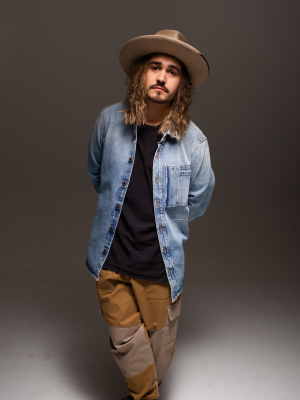 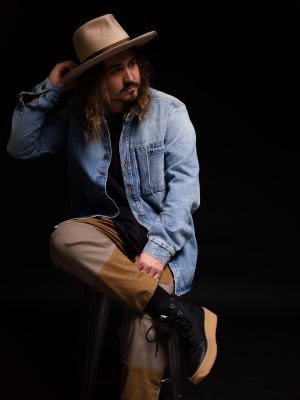 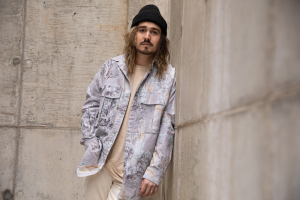 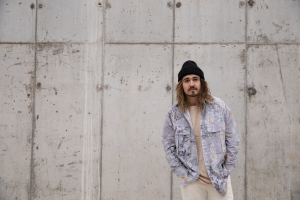