“Give Me Your Eyes” has recently taken on a whole new meaning for singer/songwriter Brandon Heath. The Platinum-certified hit is the biggest song of Heath’s career to date. Originally written as a plea for God to give him eyes to see those around him, these days, he’s asking for eyes to see himself the way the Father sees him. His shift in perspective comes after a season of personal wrestling. Although music will always play a defining role in Heath’s life, he says there was a time over the past few years when he asked the question: Do I want to continue being an artist?

“The ultimate question is ‘Who am I?’ because so much of my identity has been wrapped up in being an artist,” Heath clarifies. “I remember singing the song one day and it just dawning on me, God, how do You see me? I know that You say I’m Your child, but surely there’s more that You see in me than just being a good songwriter.”

It’s a hard thing for someone like Heath to admit. After all, he’s spent the better part of the last 15 years writing songs professionally. The Nashville native released his major label debut in 2006, amassing fans with his introspective vulnerability ripped straight from real life. With six studio albums, a Christmas record and five No. 1 singles to his credit, including the Platinum RIAA-certified “Give Me Your Eyes,” the singer has garnered five GRAMMY® nominations, an American Music Award nod and an Emmy Award. In addition, he’s earned eight Dove Awards, including two consecutive Male Vocalist honors and a win for Song of the Year. He’s also been recognized as a top lyricist in his field with numerous songwriting accolades, including being named BMI’s Songwriter of the Year.

Newly signed to both Centricity Music and Centricity Publishing, Heath is opening a fresh chapter. Not only is he partnering with a new label, but he’s collaborating with songwriters he’s never written with before and producers he hasn’t previously worked with. While almost everything in this season is different, one thing hasn’t changed, and that’s Heath’s uncanny ability to get underneath your skin with a lyric.

“I want to make sure I write songs that are uniquely me—not just the ones that make you want to play it again, but songs that make you go, ‘Oh wow, he just sang my story,’” Heath offers. “I think that is what makes people invest in an artist. It’s not just the songs they like on the radio. It’s cut three on the record that kind of makes you own that artist.”

Since he first topped the charts with “I’m Not Who I Was,” Heath has always been that kind of artist. A deep dive into his discography reveals a songwriter who’s constantly grappling with faith and doubt simultaneously and a storyteller who isn’t afraid to sing about it. Whether he’s celebrating a second chance at forgiveness, exposing the wounds he carries from his parents’ divorce, or basking in the glow of first-time fatherhood, Heath remains forthcoming with his lyrics.

“I think to get the kind of songs I want to write, it’s necessary to be vulnerable,” he concedes. “I also think it’s really crucial to have people in your life where there are no secrets, and I have a few people who are like that. I have a handful of people, my wife being one of those people, where there’s no boundaries. Secrets are powerful, and they will keep parts of you locked away. And I think those locked away parts are the parts that need to have light shined on them, and I’m OK with them showing up in my songwriting.”

Those hidden insecurities have a way of naturally popping up in his music, like his ever-present struggle with never feeling good enough. “It’s a real weakness for me, but I also realize there’s a lot of people out there who can relate to that,” Heath admits. “So I decided to kind of allow it to have more space in my life and to let it affect my songwriting.”

His ongoing battle with self-worth surfaces in his new single, “Human Nature.” From the first notes plucked out on piano to the faint chatter of kids in the background, the song sets the scene for a back-alley orphanage in Brooklyn—the perfect setting for Heath’s opening line: “We’re not God’s problem. We are God’s children.”

In just over three minutes, Heath explores what happens when God’s sovereignty collides with our humanity. “It’s about the brokenness we experience through separation,” Heath says of the timely track he wrote with Paul Duncan and Christian Hale. “When the Savior meets human nature, He redeems it all. We were made to be with God, and we’re made to be with each other. We’re not supposed to be alone.”

Heath says fatherhood has altered his viewpoint on the necessity of relationship and the way the Father loves us. “For me, sometimes I feel like such a burden to myself and to God, but my perspective’s changed as a dad. My girls, they’re my babies. I will step into the burden of parenting because I want to,” he shares. “So it was important for me to remind myself that I’m not God’s problem; I’m His child.”

Like many of his most recent songwriting ideas, the seeds of “Human Nature” were planted in Heath’s backyard—a place where he’s spent a good portion of time over the past year thinking, praying and mowing his steep plot of land that includes a small creek, a play set for his young daughters and a fire pit for the men’s group that meets at his house. Essentially, his backyard is the place where his next album, due in 2022, has grown.

Ironically, when COVID-19 shut down touring last year, Heath spent an unexpected amount of time in other people’s backyards. He decided to play small, safe outdoor shows by invitation-only in select backyards across the country. These “Brandon in the Backyard” dates were so enjoyable last fall that Heath is playing an additional 30 backyards this spring and summer. Each evening is different—sometimes there’s a theme, sometimes there isn’t. The capacity is capped at 30 people. It’s always just Brandon and his guitar; and more times than not, he’s completely unplugged.

“It felt more intimate. It felt more like a gathering than it did a concert, and I loved it. It kind of sparked this new niche,” Heath admits. “It was just this fun, unique thing that I could offer to my fans and that they could offer to me. So we were really there for each other. It’s been this new connection with my core fanbase, and it’s made me really excited about playing and how I play.”

Being in the backyards of (mostly) strangers has enabled Heath to interact with fans in a way he never has before. Around the warmth of an open fire or beneath an open sky full of stars, he’s found a front row seat to people’s pain, their grief and their joy. And it’s given him the opportunity to witness the healing power of music up close.

As he crafts new music, Heath is intentional to not shy away from the hard parts of his story. Instead, he hopes he brings a newfound honesty and wisdom to his songs that simply come from more than two decades-worth of life experience.

“I feel like I’m building a repertoire that will be my legacy,” Heath says, adding, “Outside the realm of being a dad, I have not yet found a better feeling than creating a song and then one day randomly hearing what that song that I wrote is doing in somebody’s life. Nothing compares to that. Nothing.” 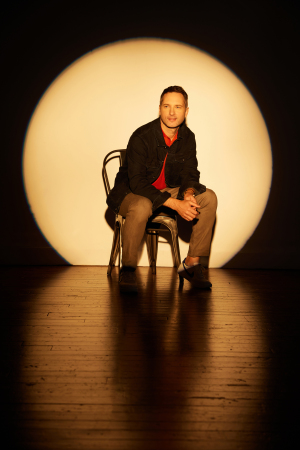 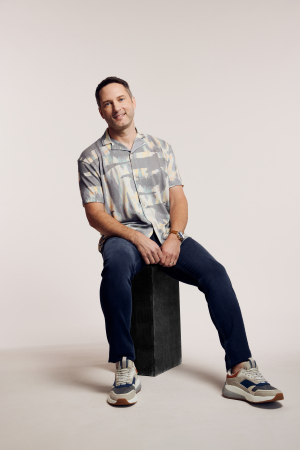 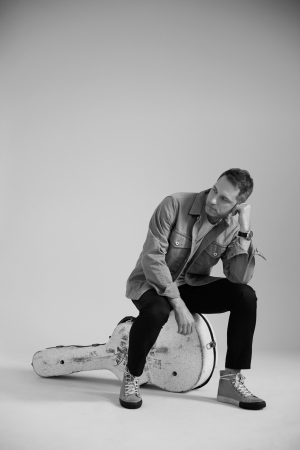